When the Lord rode a donkey toward Jerusalem, He was fulfilling the prophecy from Zechariah (9:9), “Behold, your King is coming to you; He is just and having salvation, lowly and riding on a donkey, a colt, the foal of a donkey.” The people welcomed the Lord as their King, spreading a carpet of clothes and palm branches along the way. They shouted, "Hosanna," which means "save us now".

The Lord came on earth because He loves us and without His coming, no one could have been saved. By fighting and defeating the hells and by making His Human Divine, the Lord became the Savior and Redeemer. The story of Palm Sunday pictures the way we can look to the Lord, praising Him and asking for His help to conquer our evils. 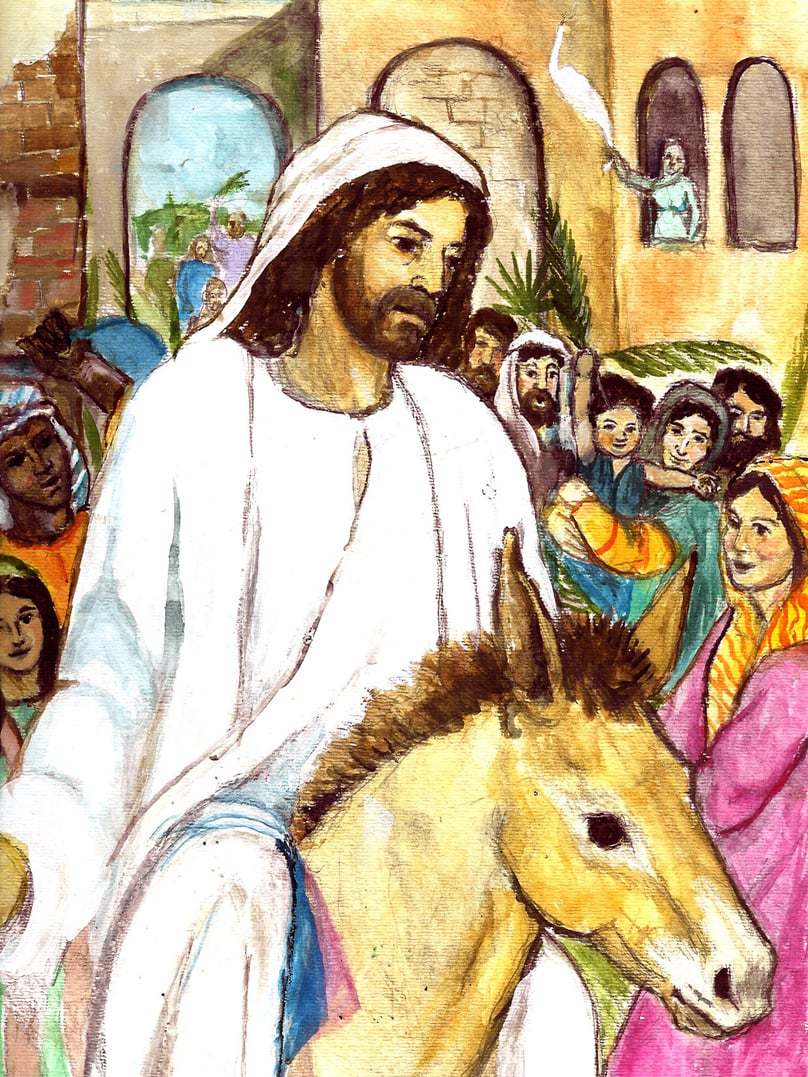 Read and compare several different accounts of the Palm Sunday story to get a clearer picture of the excitement people felt as they greeted the Lord as their King.

Note the events that come right before and after this story in each gospel. How do these give us a fuller idea of the Lord’s mission on earth? Do they suggest ways that He would like to help us spiritually?