The New Church believes that the Lord has given three revelations: Old Testament, New Testament, and the Heavenly Doctrines. With the revelation of the Heavenly Doctrines, the Lord invites us to explore the deeper levels of meaning in the Old and New Testaments. These heavenly teachings were given through a man named Emanuel Swedenborg. The Lord told Swedenborg what to write and showed him many things in the spiritual world.

One of the amazing things that the Lord showed Swedenborg was a beautiful temple in heaven. The temple had crystal walls giving a clear view of the open Word and an angel beside it. Swedenborg also saw the words “Nunc Licet” written above the entrance. These Latin words mean “It is now permitted.” They meant that now it is permitted to enter with understanding into the mysteries of faith. This temple—sometimes called the Nunc Licet Temple—is a symbol of the new understanding that this new revelation from the Lord would make possible. 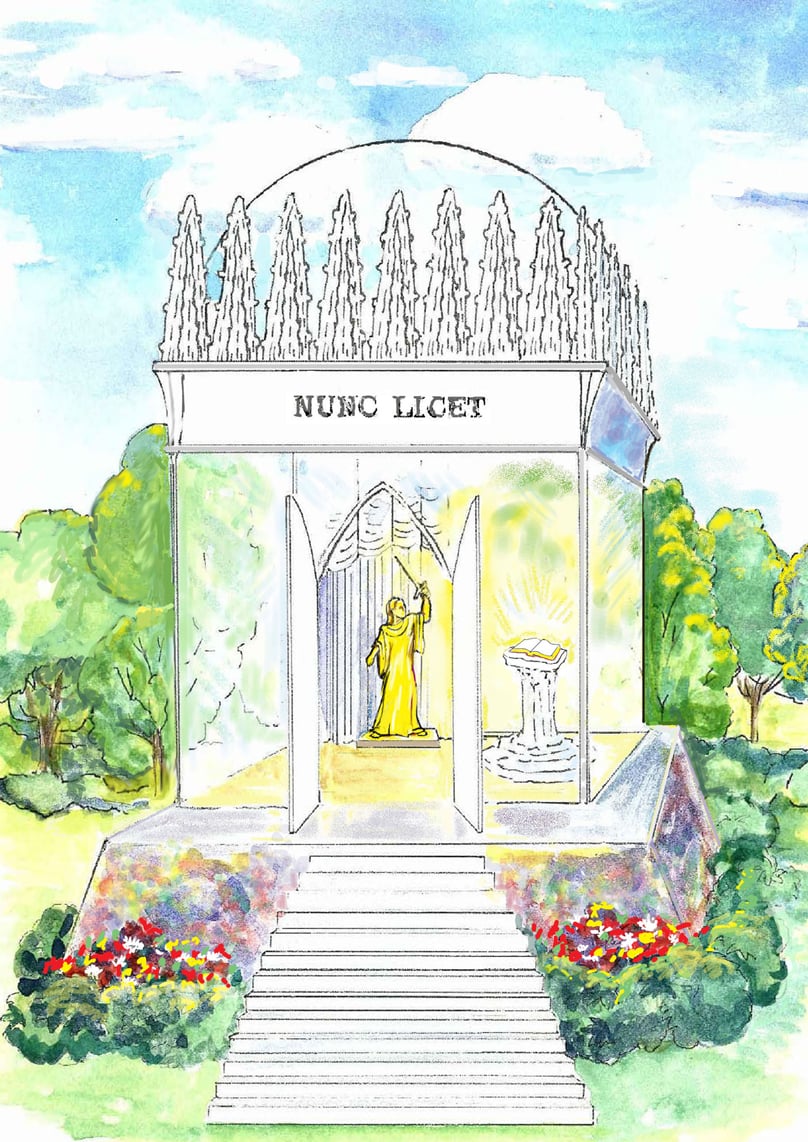