King Nebuchadnezzar ordered Shadrach, Meshach, and Abednego to worship a golden image. They would be thrown into a fiery furnace if they refused. But the three men would only worship the Lord. They showed an amazing commitment to living their religion. They trusted in their God. And the Lord did protect them from the heat of the furnace. This comforting story reassures us that the Lord will support all of our efforts to bring our life into a state of worship. 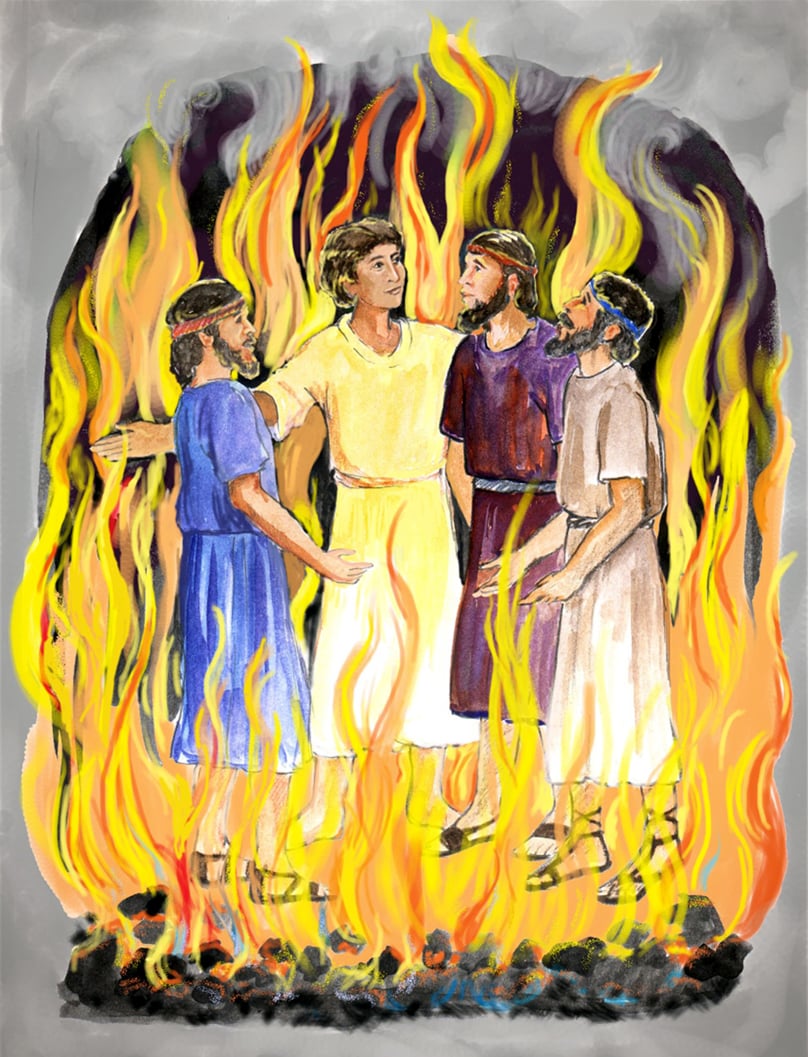 Projects and activities for various ages